Posted About Six Years Ago by Steve Gove 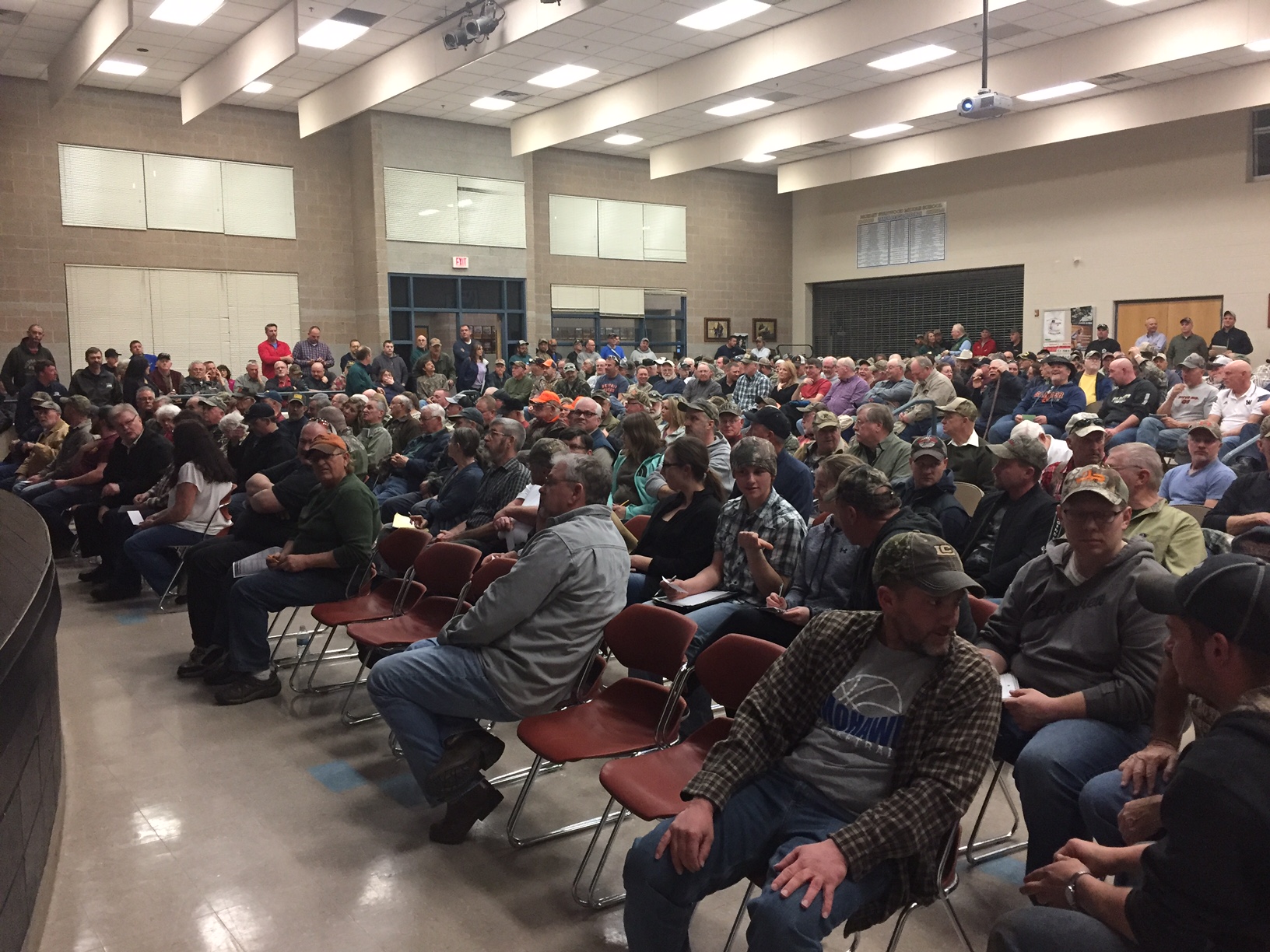 Hundreds of people showed up last night at Morley-Stanwood High School to learn more about Chronic Wasting Disease and it's effects on Mecosta County's deer population after a recent confirmation of the disease in two doe's at a local deer farm.

Representatives from the Department of Natural Resources, Agriculture and Rural development were on hand to answer any questions attendees had and to give updates on the current CWD situation in the area. State

Wildlife Veterinarian Kelley Straka says there are two things local hunters can do to not spread CWD.

"As hunters, please don't move carcasses from one area to another, that potentially spreads the disease to a new area. Secondly, if you're in a disease zone please try and not congregate deer with feed or other baits," Straka said.

Currently, State officials have identified the two doe's with CWD however they still have not pinpointed where it originally came from.