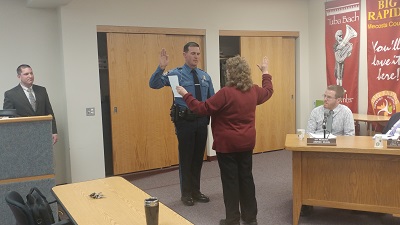 Hanes is originally from Grand Rapids and enlisted in the Marine Corps in 2004 where he served in Iraq, Africa, and Italy. He also graduated from Ferris State University in 2009 with a Bachelor's degree in criminal justice.