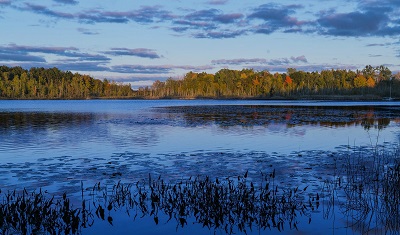 The Mecosta County Park Commission is gearing up for the upcoming camping season and part of that effort is getting input on improvements for the park system. An online survey is available at mecostacountyparks.com and Superintendent Jeff Abel says so far, so good.

“We kicked off about a month ago now – the survey's going very well, we're very excited with the responses that we've gotten and we're encouraging everyone to continue to give us feedback.”

Abel says they want input from both park users and non-users both in and out of the county because all of the data gathered will be used to create a master plan for the parks that will affect rule changes and everything moving forward.

“We'd like everyone to take part in that survey and tell us if you don't use the parks, what can we do to get you to use the parks.”

Abel doesn't want to reveal all the survey results until all the data is in, but he does note some unexpected results.

“That's been a surprise for us so far that one of the top items that people are requesting that we start having in our parks is a farmer's market, so that's something that definitely we'll look in to,” he says.

And, even though the park system currently supports itself through camping fees, vehicle fees, fire wood and ice sales, the majority of the respondents so far say they would support the parks through a tax appropriation.

The survey runs though the end of April.