Posted About Three Years Ago by Steve Gove

Police in Big Rapids are currently investigating rumors of a threat to Big Rapids Middle School.

A letter was sent out to students’ parents Tuesday.

The school says the threat was reported by students who ride the Big Rapids School Bus System.

After looking into the complaint, the school says it found no evidence to suggest the threat was real.

But school officials and police will be beefing up safety measures today.

The school says extra security will be at the school throughout the day. In addition, doors will be secured during the school day as well.

A statement from Big Rapids Deaprtment of Public Safety was released on its Facebook page recently about the recent rumors:

The letter to BRMS parents from BRPS Administration is attached below. 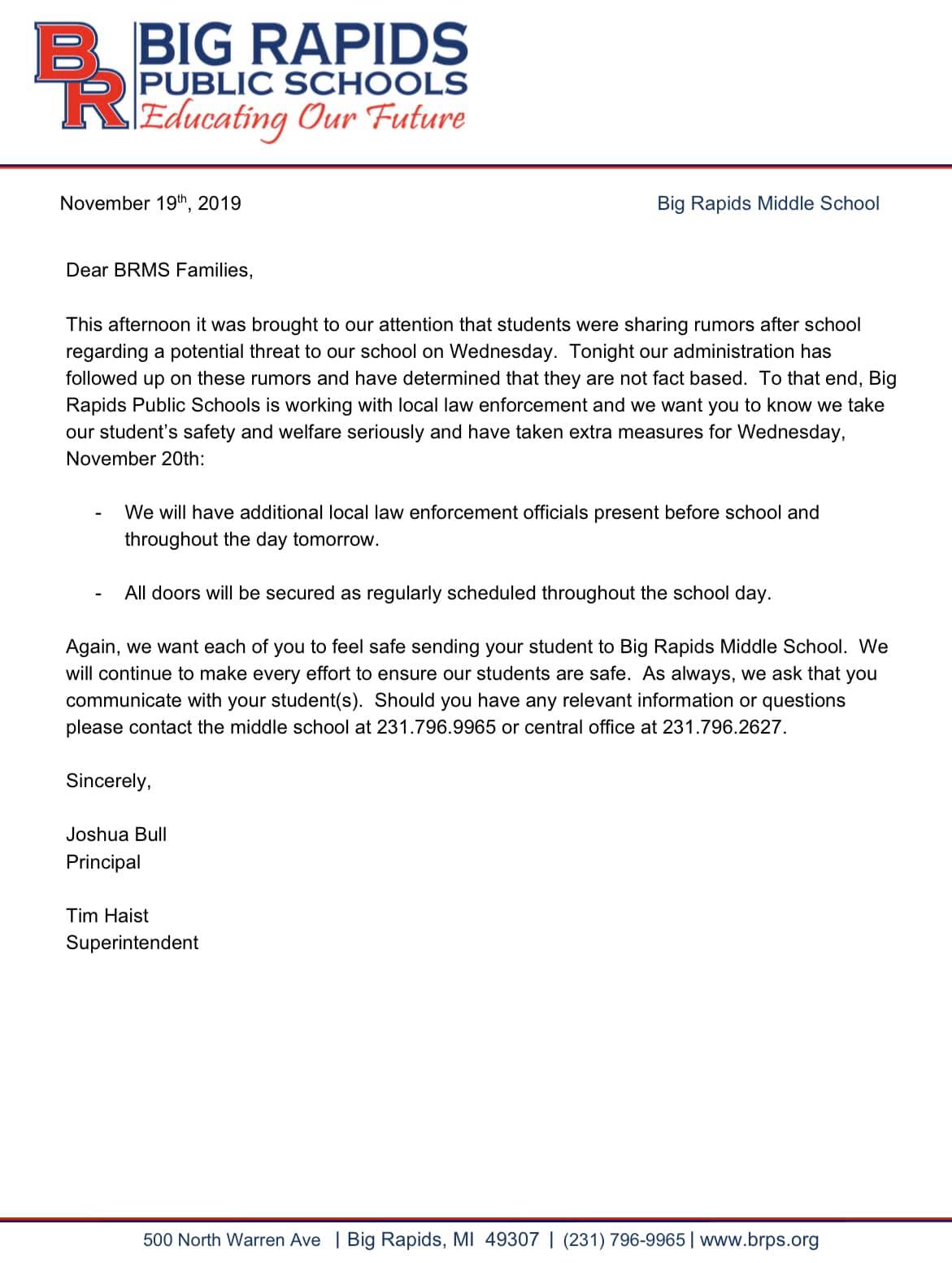