One man is dead after he struck a tree with his vehicle in Mecosta County's Deerfield Township.

It happened Wednesday on 125th Ave near Jefferson Rd, police say a 37-year old Greenville man was traveling northbound on 125th Ave. when he ran off the road and struck a tree.

The Greenville man was ejected from the vehicle.

He was pronounced dead at the scene.

More details have surfaced about the recent threat made against Ferris State University and other organizations.

Police have charged Arnold Holmes with making domestic terrorism threats and using a computer to commit a felony after they discovered several videos on YouTube that made threats against a university professor, the VA Hospital and others.

Bruce Borkovich, FSU Director of Public Safety said in a press release that DPS officers have dealt with Holmes before and had to kick him off campus in the spring.

Holmes is being held on a $1 million bond and could face up to 20 years in prison.

Consumers Energy announced the emergency public warning siren systems near its Rogers, Hardy and Croton hydroelectric generating plants on the Muskegon River will be tested on Wednesday, August 28 at approximately 9:30 a.m.

The tests will include a voice message, a 30-second siren and a second voice message. The public does not need to take any action during the tests.

The siren systems are tested each August and December.

Police believe alcohol was a factor in a two vehicle accident in Mecosta County earlier this morning.

It happened just after 2am in Mecosta Township, according to deputies a 29-year old Haslett man was traveling eastbound on 8 Mile Rd when he ran off the road, struck some trees, and hit an unoccupied parked truck in a parking lot.

A Reed City man faces up to 20 years in prison after being arraigned on charges connected to making terroristic threats in videos on social media against Ferris State University, local hospitals and a local VA office.

Michigan State Police says they became aware of the videos around 3am on 8/18/19.  The Michigan Intelligence Operations Center was immediately engaged in the investigation, and the suspect was quickly identified.

He's currently being held on one million dollars bond in the Osceola County Jail.

With over 30 years of broadcasting Big Rapids High School football, the Big Rapids Radio Network is again excited to broadcast another special cardinals season on its station; Big Country 100.9 FM.

This will be Scarpelli's fifth year in the broadcast booth for the cardinals.

“I'm very excited for this season! Talking with Coach Selzer, there's a ton of opportunity for some younger guys to step up and make an impact. Go Cards! “

“As a Big Rapids High School alum and former Ferris State University Football player I am extremely excited to be in the broadcast booth with JT announcing games for the Cardinals this season on Big Country 100.9 FM.” Daughtery said. “As a former player in high school and in college I hope my knowledge of the game can bring a unique perspective to our listeners for the 2019 season.”

The 2019 varsity football for the cardinals begins at home on Thursday, Aug. 29th at 7pm against Sheperd.

Owners of more than a half million small cars from Ford will have their warranties extended over a slew of problems related to their six-speed automatic transmission.

The problem is the transmissions can feel like they're slipping going into gear.

There has already been a string of lawsuits and complaints filed.

Two women from Morley are recovering following a car accident in Montcalm County.

It happened at the intersection of Howard City-Edmore and Federal Roads, Reynolds Township.

An investigation revealed that a silver 2012 Chrysler was traveling north on Federal Road when it failed to stop for the traffic light at Howard City-Edmore Road. As the Chrysler entered the intersection, it collided with a white, westbound, Chevrolet truck. The collision caused the truck to lose control and leave the roadway striking a curb, a utility pole, and the control box for the traffic lights.

The two occupants of the Chrysler were not able to get out of the vehicle and had to be extricated.

The driver of the truck, a 48-year old man from Hudsonville and his 19-year old son had minor injuries.

A Mecosta man is dead after drowning in Chippewa Lake, Monday.

Sheriff Deputies say 66-year old Kenneth Allen Roebuck was swimming near the southern portion of the lake when a potential medical issue caused him to go under.

Nearby swimmers saw Roebuck having difficulty and retrieved him from the water, performed CPR but it was unsuccessful and he died at the scene.

Charges have been brought against a 56-year-old Big Rapids man for multiple felonies for distributing child sexually abusive materials.

“Our office will prosecute those who prey on Michigan’s children to the fullest extent of the law,” Nessel said. “I am incredibly grateful to the Big Rapids Police Department and the members of the Michigan State Police’s Internet Crimes Against Children Task Force for their continued commitment to protecting Michigan children and bringing those who exploit them to justice.”

Straley has been arraigned in Mecosta County District Court with a probable cause hearing set for next Tuesday.

Osceola County has a new Commission on Aging Director but now it's looking for a new Sheriff.

On Tuesday during the County Commissioner's meeting, Justin Halladay stepped down as sheriff and will be the new director of the Commission on Aging starting September 9th.

Halladay, who has spent 24 years with the sheriff's office will be making the job transition at the end of this month.

An Osceola County selection panel will be meeting next week to discuss the vacancy of the Sheriff's position.

An 18-year old Howard City man is dead following a one car accident in Montcalm County on Saturday.

When officers arrived to the scene, they discovered a 1996 Jeep Grand Cherokee occupied by an 18-year old male and an 18 year old female both from from Howard City.

An initial investigation revealed the SUV traveling west on W Lake Montcalm Rd when it began to drive slightly off the north side of the road. The driver over-corrected, crossed back over the road and ran off the south side where it struck a tree.

Upon coming to a rest, the vehicle caught on fire.

The passenger was able to escape the vehicle and was transported by ambulance to the hospital.

The 18-year old driver, Reece Anthony Nice, was pronounced dead at the scene.

The crash remains under investigation.

Mecosta County Sheriff Deputies are looking for a man they say stole more than $1,000 worth of items from a Menards store in Big Rapids.

If you know the identity of the suspect please contact, Deputy Jared Christensen of the Sheriff's office at 231-292-0150. 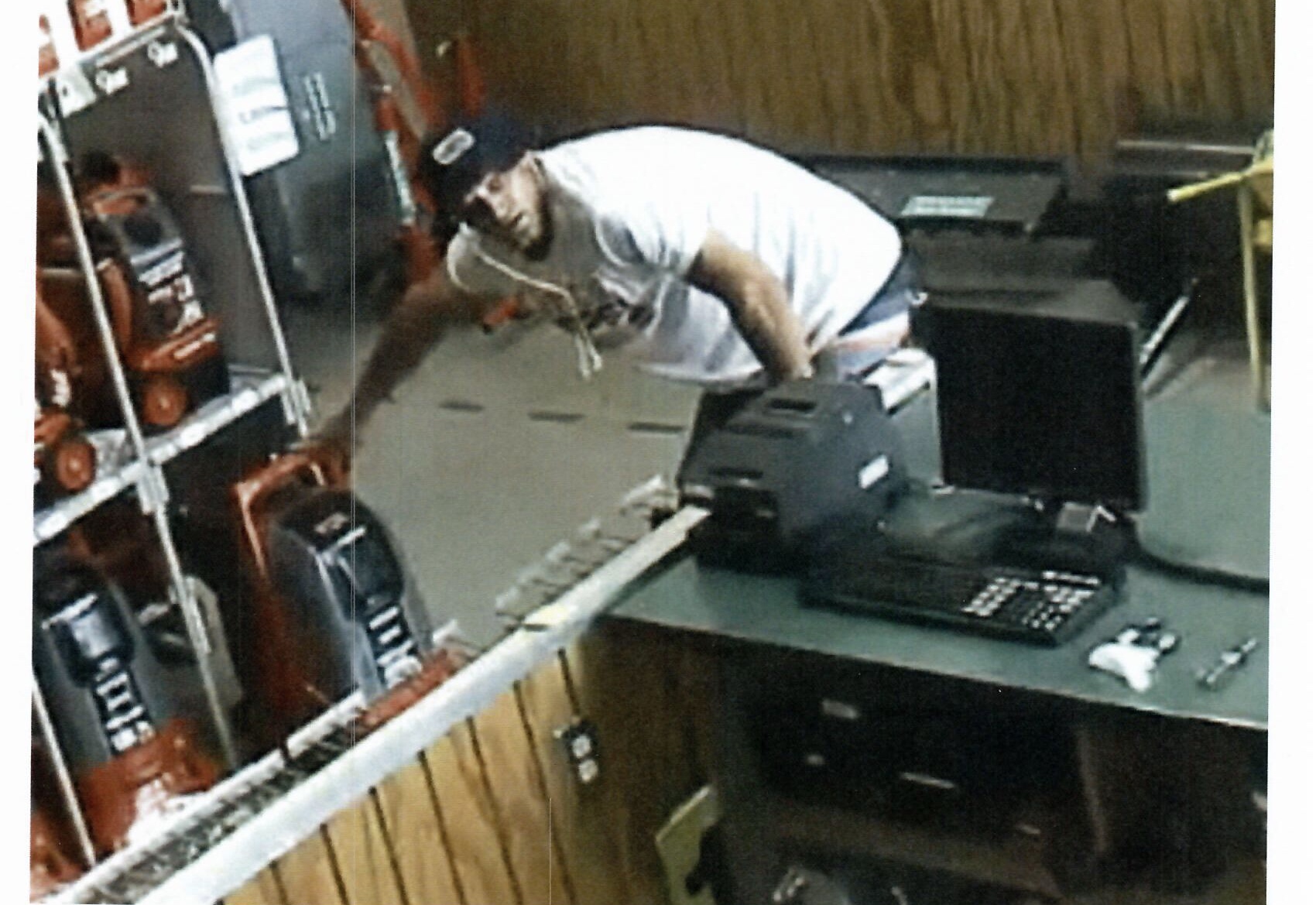 A 58-year old man is recovering after suffering a medical emergency while traveling in Mecosta County.

Sheriff Deputies say the 58-year old man was traveling north on 155th Ave. when the medical emergency occurred, the vehicle then left the roadway and went into a yard and driveway  area of a residence where he struck a fence, several vehicles and a power pole.

The driver was transported to a Grand Rapids Hospital by Aeromed for the medical condition and possible injuries.