The Mecosta County Sheriff's Department is asking for the public's help in solving to cases involving theft.

The first involves a man who was fraudulently using credit cards around businesses in Big Rapids Township during the month of September. 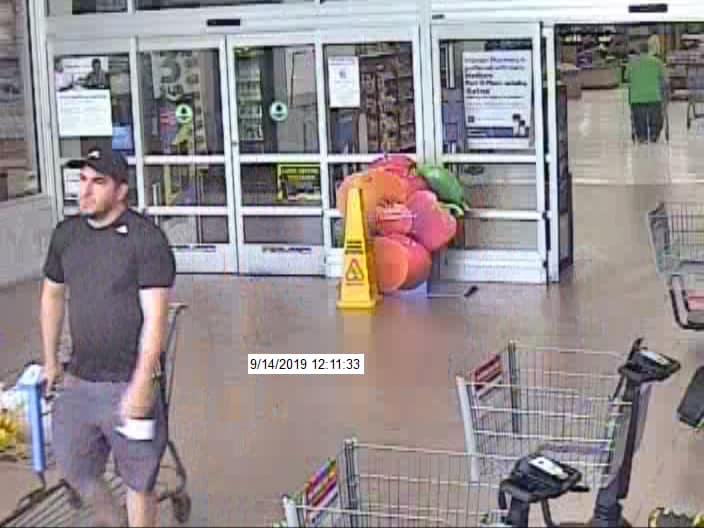 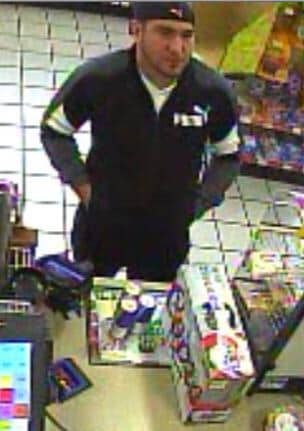 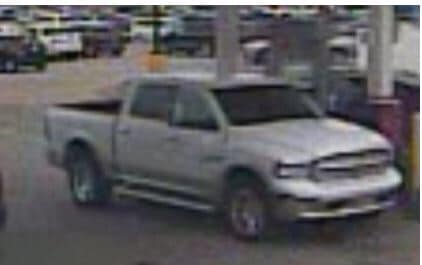 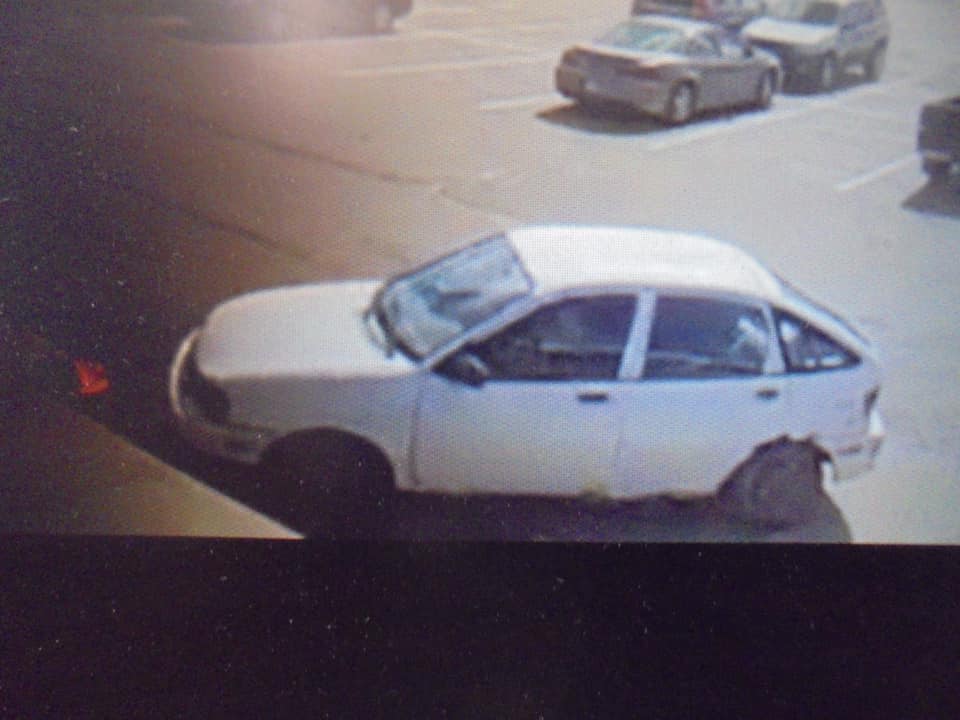 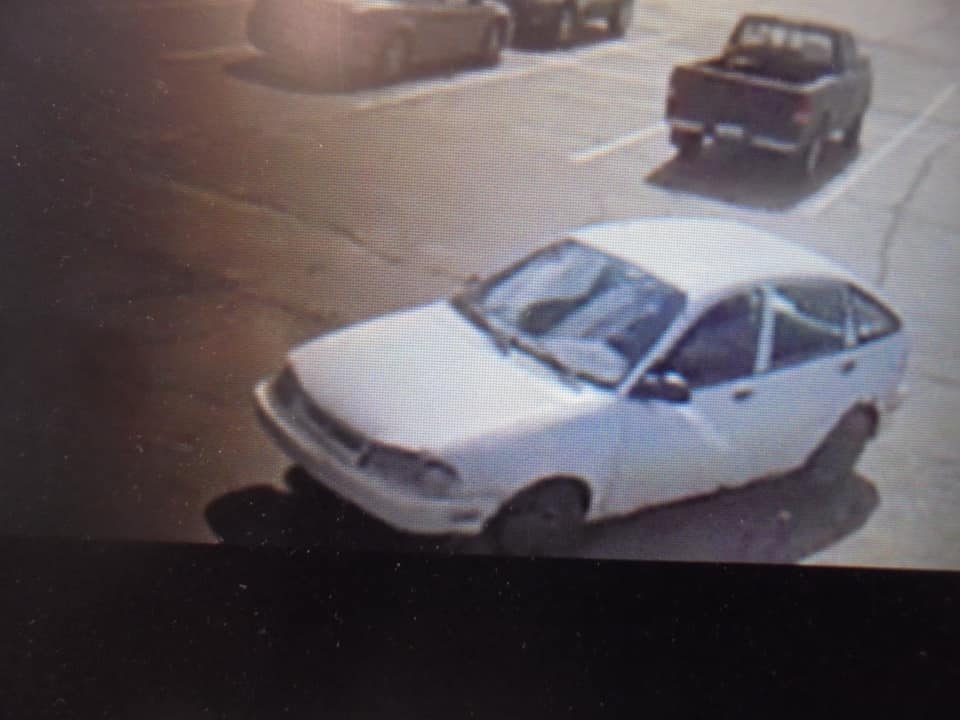 If you can identify suspects please contact the Mecosta County Sheriff's Office by calling 231.592.0150.

A elderly Reed City man as taken to the hospital Thursday following a car accident in Mecosta County.

It happened in Colfax Township, on  McKinley Rd near 120th Ave.

Deputies say the 78-year old driver was traveling eastbound on McKinley Road when he lost control of his vehicle and ran off the road striking a tree and large rock.

The driver was taken to Spectrum Hospital in Big Rapids for non life threatening injuries.

Osceola County Deputies have arrested a couple they say are accused of larcenies of utility trailers in Rose Lake and Hartwick Townships from August 21st to September 8th.

Deputies were able to recover two of the stolen trailers, with one trailer, a black 1995 Assembled 14 ft Trailer, Double axle with black rims, steel rails, and slide out ramps, Michigan registration D399258 still unaccounted for.

Deputies arrested 34-year old Diedre Rose Degood from Tustin and 33-year old Richard James Ehl from Charlotte. They were both charged with 3 counts of Larceny, and 3 counts of Conspiracy to commit Larceny. 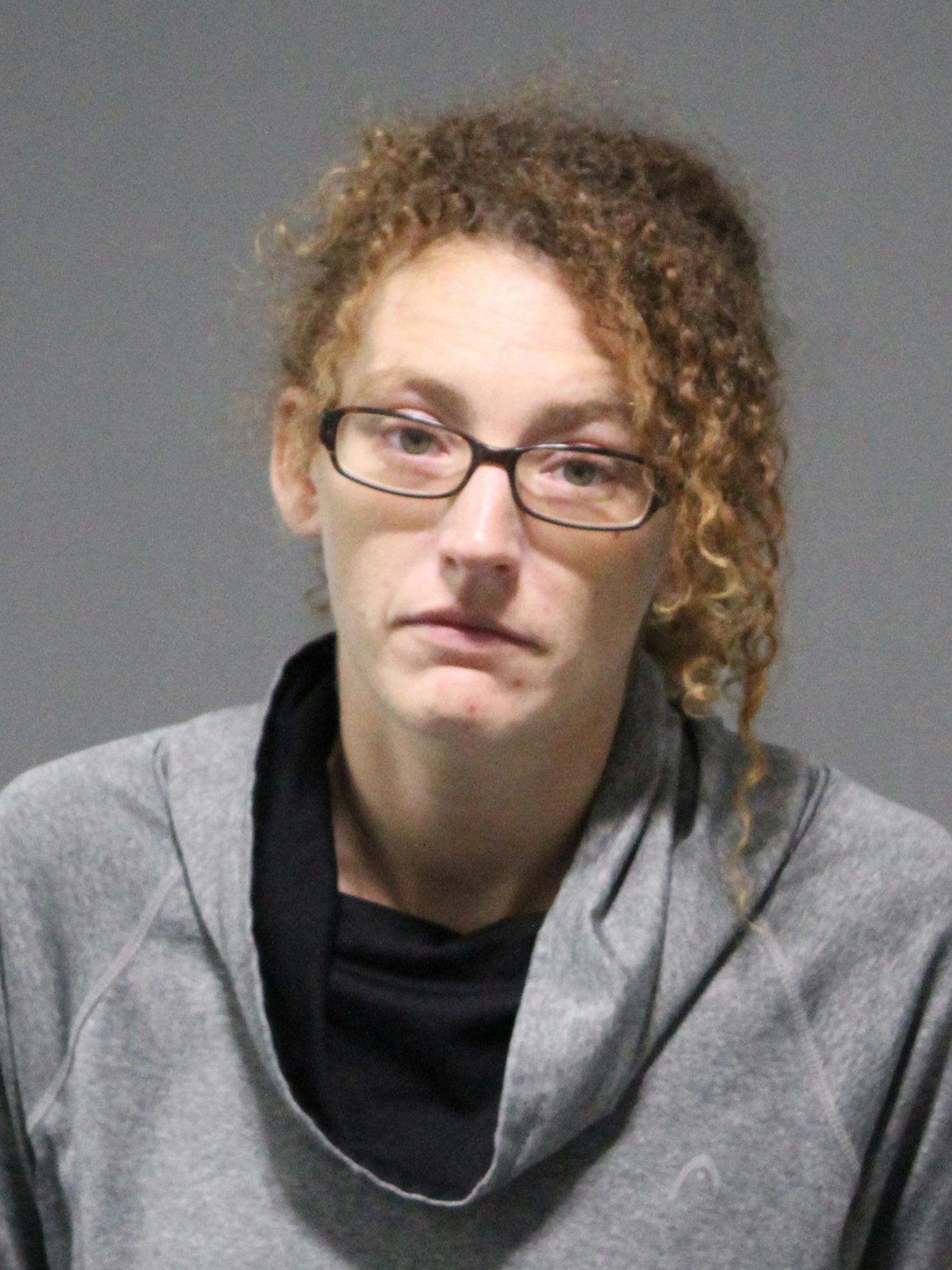 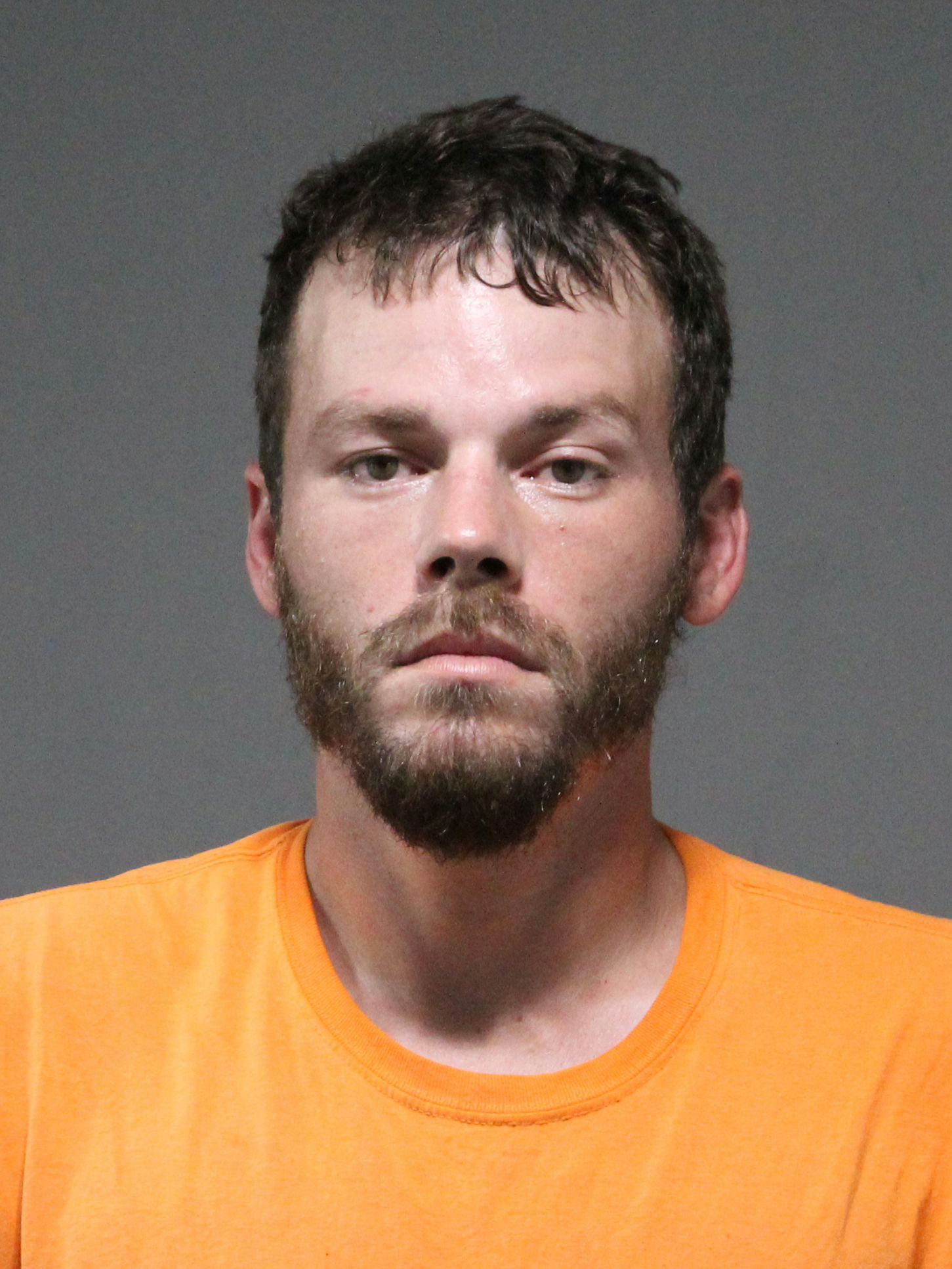 Several thousands dollars worth of power equipment and other items were stolen from a home in Aetna Township and police need you help in finding the thief.

Deputies were called to the residence on Sunday morning just after 10:30.

The 19-year old Clare woman was taken to McLaren Hospital in Mt. Pleasant where she was pronounced dead.

The driver and two adult passengers of the F-150 suffered minor injuries from the crash, which remains under investigation.

State Rep. Michele Hoitenga was joined on Tuesday by Ted Nugent to testify in support of her plan to end the ban on baiting deer and elk in Michigan.

The state’s Natural Resources Commission (NRC) issued a ban on baiting or feeding deer and elk in August 2018 amid concerns about the spread of chronic wasting disease (CWD). The NRC has since reconsidered the issue but has not lifted the ban.

Hoitenga, of Manton, said she introduced the legislation to stand up for outdoor enthusiasts and local businesses who are hurt by the NRC’s overregulation of hunting activity.

“The NRC’s baiting ban puts unnecessary restrictions on Michigan hunters with little evidence that it will do anything to prevent the spread of disease,” Hoitenga said. “It makes no sense to ban hunters from scattering apples near their tree stands when every day in nature deer graze on the fruit that falls off of apple trees.”

The plan, House Bill 4687, would allow people to engage in baiting during open seasons on deer and elk in Michigan.

“The rule banning feeding and baiting in Michigan is going to chase hunting families out of the sport for absolutely no reason,” Nugent said. “If a disease can be transmitted by nose to nose contact, there is not a damn thing you can do about it. The minute a deer is born they lick, they groom, and they swap spit.”

Last year, hunting and fishing license sales made up 20 percent of the Michigan Department of Natural Resources’ entire annual budget, equal to $83.5 million. These funds were used to pay for game and fish protection activity carried out by the DNR. According to one recent study, 171,000 jobs are created and supported annually across Michigan by hunting and fishing activity. Hunting generates around $8.9 billion in economic impact, the study said.

That means you can trade in the car seat your child has outgrown for a $30 Walmart gift card.

The gift card can be used in store or online to buy items for your baby.

All car seats collected in this program will be recycled through, TerraCycle and each component will be diverted from the landfill.

The car seat trade in event goes through September 30 at participating Walmart retail store locations -- and it's not available at the Neighborhood Market locations.

Make sure you go to the customer service desk for help with the car seat trade in.

Here is a list of local Walmart locations participating:

A 21-year-old Midland man has been arrested in connection to the case of a teenage girl who had gone missing in Shepherd.

Police say they learned the suspect was possible going to the family's home and he was arrested there early Sunday morning.

He's facing charges of accosting a child for immoral purposes.

The Wexford County Animal Shelter is currently closed due to canine parvovirus.

Shelter officials say they will not be able to accept any animals for a minimum of 14 days until the virus is cleared.

"Canine parvovirus is a highly contagious viral disease that can produce a life-threatening illness. The virus attacks rapidly dividing cells in a dog's body, most severely affecting the intestinal tract. Parvovirus also attacks the white blood cells, and when young animals are infected, the virus can damage the heart muscle and cause lifelong cardiac problem."

During this time, the animals currently held at the shelter will be monitored by shelter and veterinary staff for signs of the virus. Staff will also clean and sanitize the building to rid the shelter of the virus.

The shelter will advise when it is been cleared to accept animals again.

A 29-year old Chicago woman is behind bars on felony charges of prescription drug fraud.

The Montcalm County Sheriff's Office says the suspect, Simone P. Conner went to two pharmacies in the village of Edmore, giving pharmacists a fake name and tried to pay for a fake prescription with cash.

The second pharmacy called 911 and police then arrested her.

Conner is now in jail on $45,000 bond and charged with four felony and four misdemeanor charges.

sessions via IOS, 1,056 via Android, 701 via Desktop and 11 using recent smart speaker technology

Edison Research 2018 estimates that 12% of a radio stations audience is streaming online. The

remaining 88% listen over the air.

The Big Rapids Cardinals travel to Fremont this week to take on the Packers. Big Country 100.9 will have the call starting at 6:45pm on Friday, September 13.

A Gowen woman is dead following a two car accident in Montcalm County.

It happened on Johnson Road south of Sidney Road in Montcalm Township.

Deputies say 63-year old Ruby Hardin was traveling southbound on Johnson Road in a 2007 Chrysler Town and County while 18-year old Seth Davis, also from Gowen, was traveling northbound in a 2012 Dodge Charger. Hardin approached a curve in the road, which she failed to negotiate, and crossed the center of the road hitting Davis’ vehicle head-on.

Davis sustained minor injuries and sought his own treatment. Hardin was unconscious at the scene and was transported to Spectrum Health Butterworth Hospital in Grand Rapids by Montcalm County Emergency Medical Services where she was pronounced deceased.

Both drivers wore seat belts and speed do not appear to have been a factor.

The crash remains under investigation.

There was a day long standoff in Iowa, but the man accused of assaulting his wife in Montcalm County's Sidney Township recently, Eric Kramer, has been arrested.

Kramer was stopped while driving in Iowa and Kramer pulled out a pistol and pointed it at his head. The highway 370 near the Iowa-Nebraska border was shut down as Iowa State Police negotiated with Kramer to give up the gun.

He's charged with being a fugitive from justice and a felon in possession of a firearm.